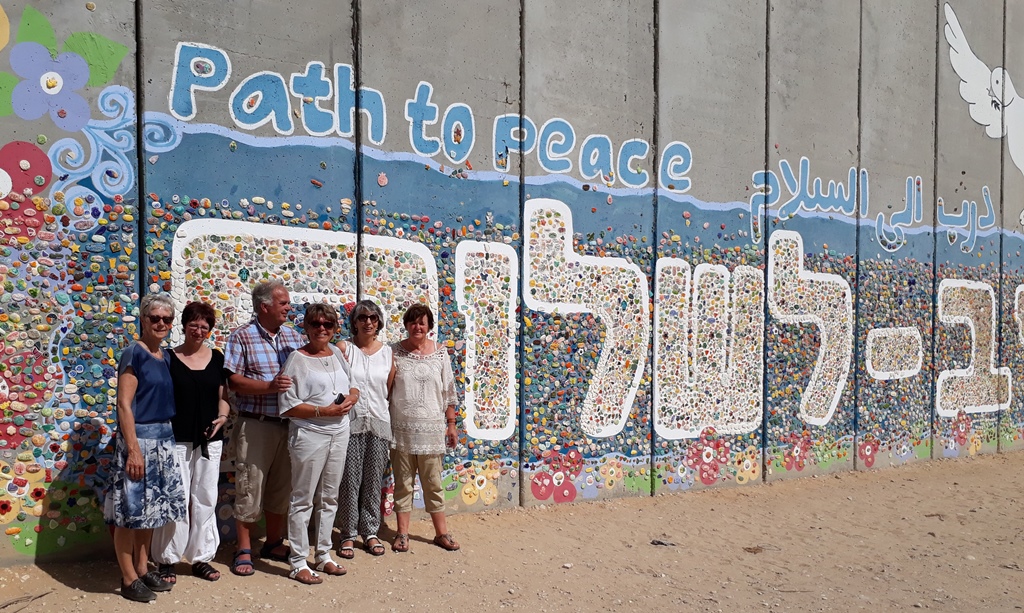 Life for the people on the kibbutzim and in cities near the Gaza Strip is always under pressure. Everyone knows this. I also knew, but had not seen or experienced much personally. The work that I’m involved in for Yad L’Ami takes place mainly in Jerusalem, supporting Holocaust survivors. However, Yad L’Ami does so much more…

At the beginning of October 2017, I participated in a tour of the projects in the south of Israel, around the Gaza Strip. It was a sunny day, and all seemed fine. When you reach the Gaza border with Kibbutz Netiv HaAsara, and hear that people only have a few seconds to reach the bomb shelter, the reality of the situation becomes a bit more concrete. On Kibbutz Sa’ad and in Sderot, also, you still talk of having seconds to run to the shelter, something that seems impossible. Each house has a shelter and concrete shelters are seen on the street; all kinds of measures are taken to enhance security. But it becomes more and more clear that the adults and children who live and grow up here are all traumatized. Even though there is no war today, fear of missile attacks or of terrorists suddenly emerging from tunnels brings a daily inner stress for them.

In the midst of these living conditions, you meet beautiful people who are doing great work. What courage and radiance they have; you gain great respect for them! We spoke with the director of the girls’ home on Kibbutz Sa’ad, where 48 teenage girls aged between 14 and 18 live. On the wall was painted “Here is a place for everyone,” and that was also felt in the atmosphere. These girls need a lot of guidance and therapy after all that they have experienced, and Yad L’Ami has been able to contribute financially in various ways (trampoline, table tennis, horse therapy, etc.). It can be seen and noted that the sponsorship fund is being used in an appropriate way to bless many young people. We also saw the school on Kibbutz Sa’ad, where each classroom has been fortified to resist rocket attacks. At this school, traumatized children receive therapy by way of dog training, which achieves good results and it is worthwhile to continue with it.

Thanks to your help and support, projects in the South have already been made possible. Now that I have been there myself, I can wholeheartedly recommend these projects to you, with the hope and expectation that many more children and teenagers will be helped. They deserve it!