He who trains a dog, trains himself 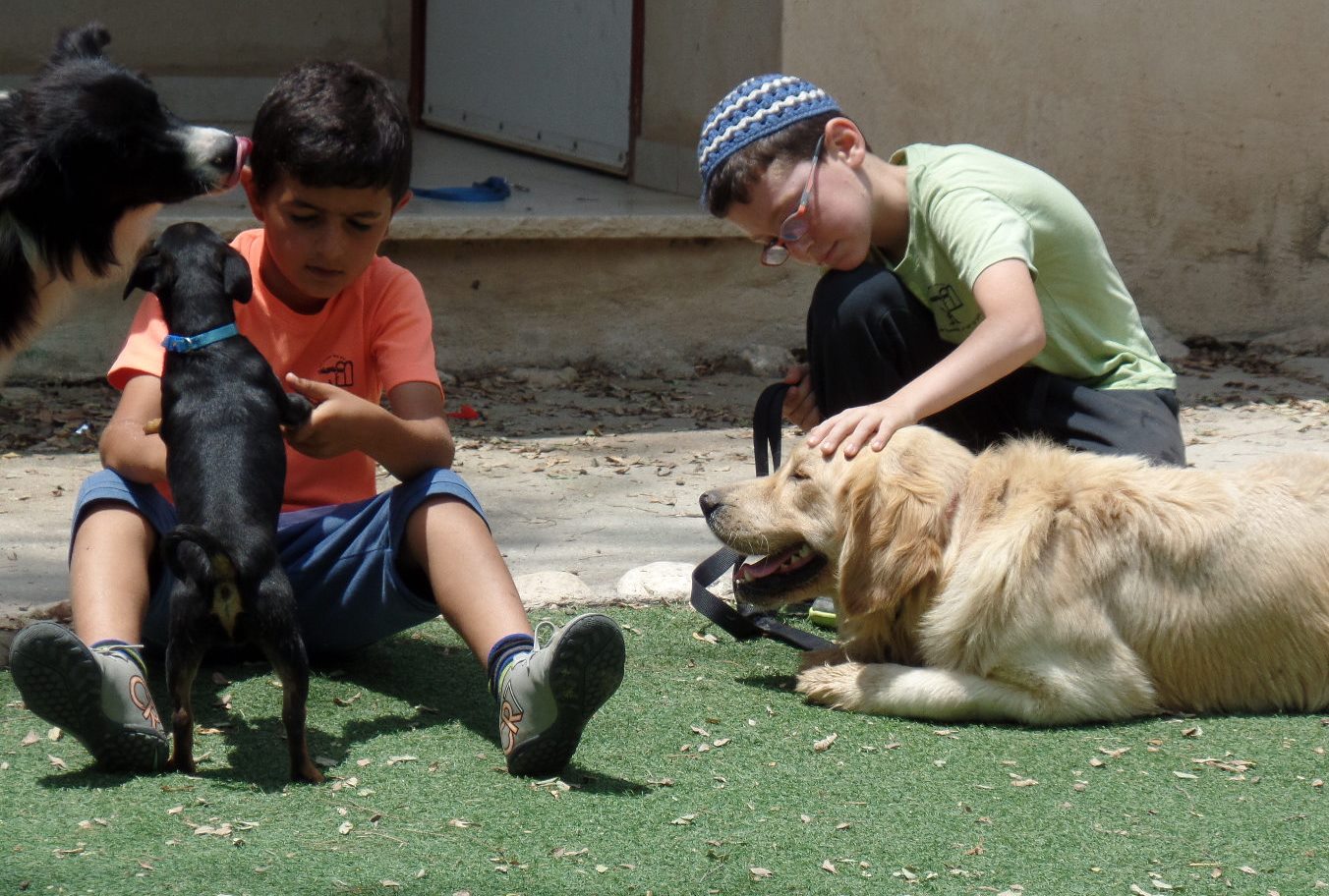 Recently, I received from several people an article about dog therapy in the Netherlands. It was an interesting article, and it made me a little curious to know how long Israel has been using this therapy. I read in an article from one of the organizations that we have worked with that they have had 20 years of experience in this field. Then I went back to our own archive and read in one of our newsletters that Yad L’Ami has been supporting dog therapy since 2009.

Today we visited A. We have known A. since the Gaza operation “Tzuk Eitan” in 2014. Through his wife, who at the time worked as a social worker in Sderot, we had been looking for someone who could carry out some therapy with the children using dogs or small animals. The children were locked up in the bomb shelters for days on end and would become fearful and disturbed due to the rain of missiles fired on Sderot. A. sent his friend to the bomb shelters because he himself had another important role to play during the war. He, along with his dogs, took care of security at the border with Gaza. Everything that went in or out had to be checked for explosives.

He had served in the army before the Gaza war in a unit that used dogs to detect explosives, mainly in the Gaza Strip. He had seen fearful, crying children and had thought that he would like to do something about it in the future. In 2008, he took a university course on canine therapy. He has conducted training courses abroad, among other places in Mexico, using dogs to detect drugs, etc. and today we work together to give traumatized children/youngsters back their confidence. Even whole families go into therapy. Horses and dogs are very often able to recognize the emotional state of a person. Therapy with horses and dogs is often very successful and has proved to be very effective in reaching this goal.