How are you? I hope you are safe. 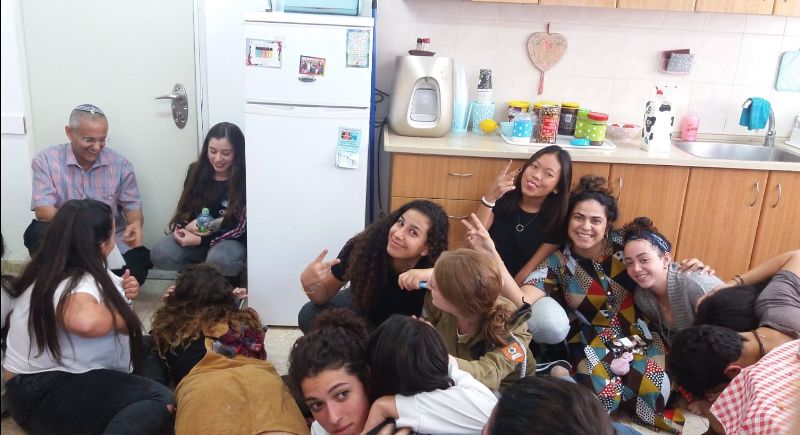 We, the girls in the boarding school in Sa’ad, were awakened again by a hail of rockets. Most of the girls already have experience running to the shelter, where they relax and encourage each other, and then back to their rooms, and again to the shelter, and again to their rooms. This time, a rocket fell about 150 meters from the boarding school. There was stress and fear, but a lot of unity, solidarity and brotherhood (sisterhood). The older girls checked to see if the new ones were okay and hugged them. Then after breakfast in the living room, the alarms sounded again.

Some girls were very stressed, crying hysterically, but the older ones calmed them down.

When an evacuation message was finally received, no bus driver was ready to come to rescue them. Everyone was scared.

In the end we found one brave driver! He arrived with a bus, and just as we met for final instructions for boarding the bus – another alarm sounded. So we all ended up again on the floor of the (boarding school ?)

That’s how it is in war times.