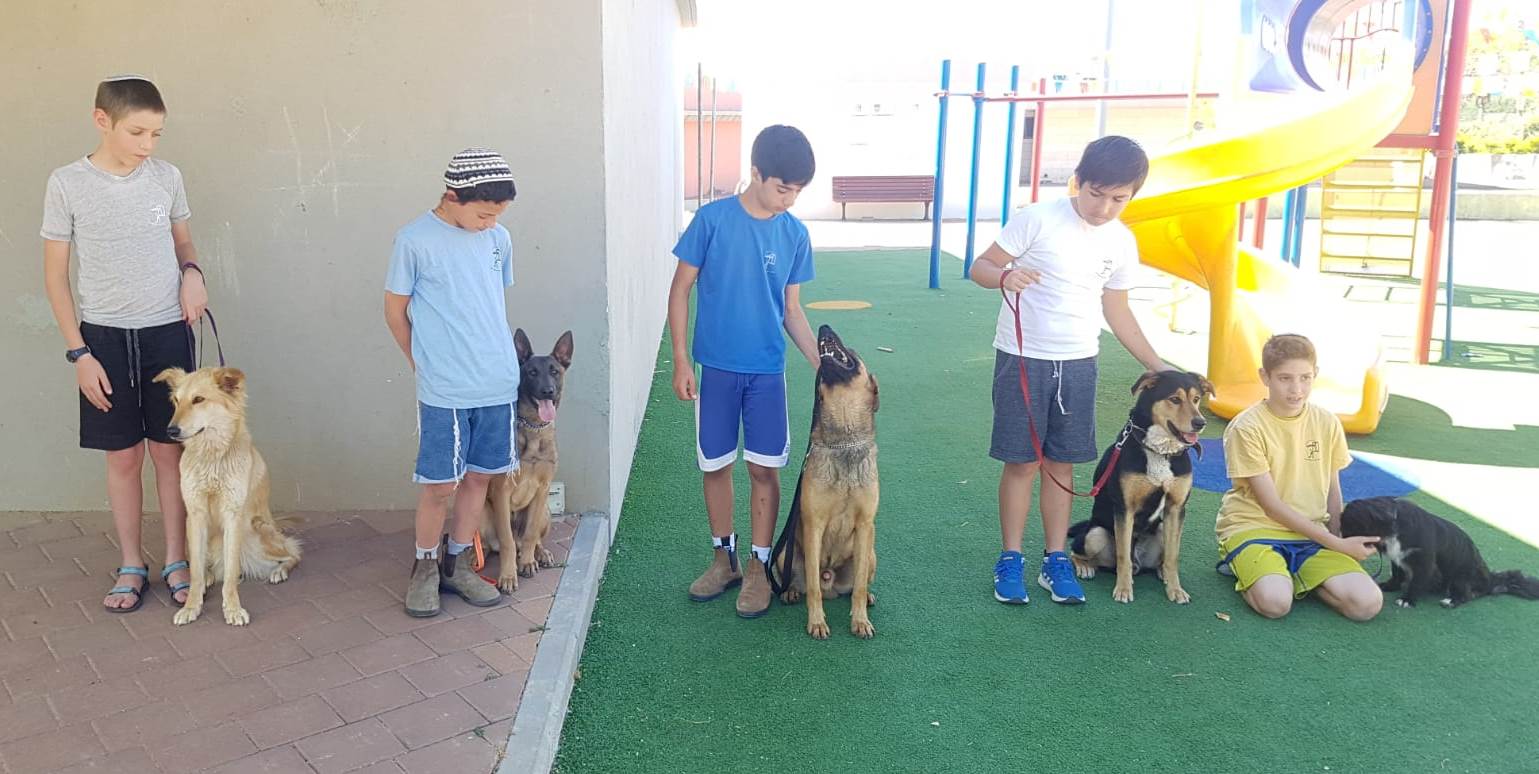 The dog therapy supervisors all agree that these sessions have a positive impact on the children, which can be seen in their performance at school, but also in their social and emotional development. Unfortunately, at the beginning of May 2019, the children suffered again from renewed rocket fire perpetrated by Hamas in Gaza. This of course has taken its toll and resulted in a relapse in the emotional health of these children. The children themselves say that they look forward to these sessions and participate well. It appears that these sessions provide a safe haven for them, and within the school they have become a close group.

The contact with the animals ensures that they are more involved. To be in charge of the dogs, they have to take responsibility and that in turn makes them more dedicated and serious. The positive effects of these sessions can be seen in the following short reports:

In the beginning, A had great difficulty expressing himself, was anxious and did not participate in the activities. He was socially awkward and passive and displayed low self-esteem. Sometimes he also seemed to be completely absent. A very clear improvement can now be seen. He is more open to the group and makes contact with the other children as well as with the dogs. And his fears also seem to have diminished.

B had very severe tantrums at school and at home, but the supervisors see that he is now more relaxed and happier. He no longer has tantrums. He is also no longer so contrary and can accept authority.

Major changes can also be seen in C. He was rebellious and did not want to accept authority. He resisted any attempt to help him, showed extremely low self-confidence, and was clearly frightened by the security situation. Now he has changed for the better. He understands and is able to follow instructions, he participates in almost all activities in the classroom, shows less resistance, and is willing to be helped. He is also more relaxed and confident and this can also be seen in his attitude towards the dogs.

D was very quiet, shy, and introverted. He did not share emotions with the group and did not participate in activities. After a long process, he has now opened up and is willing to talk and share with people he knows and in familiar surroundings. He is less introverted, happier, and he trusts his friends and the dogs.

The coaches realize how important these sessions are for the children and know that they cannot be cancelled without causing major problems. They are therefore very grateful for the support provided by Yad L’Ami!