Young students – two very important events in the past week 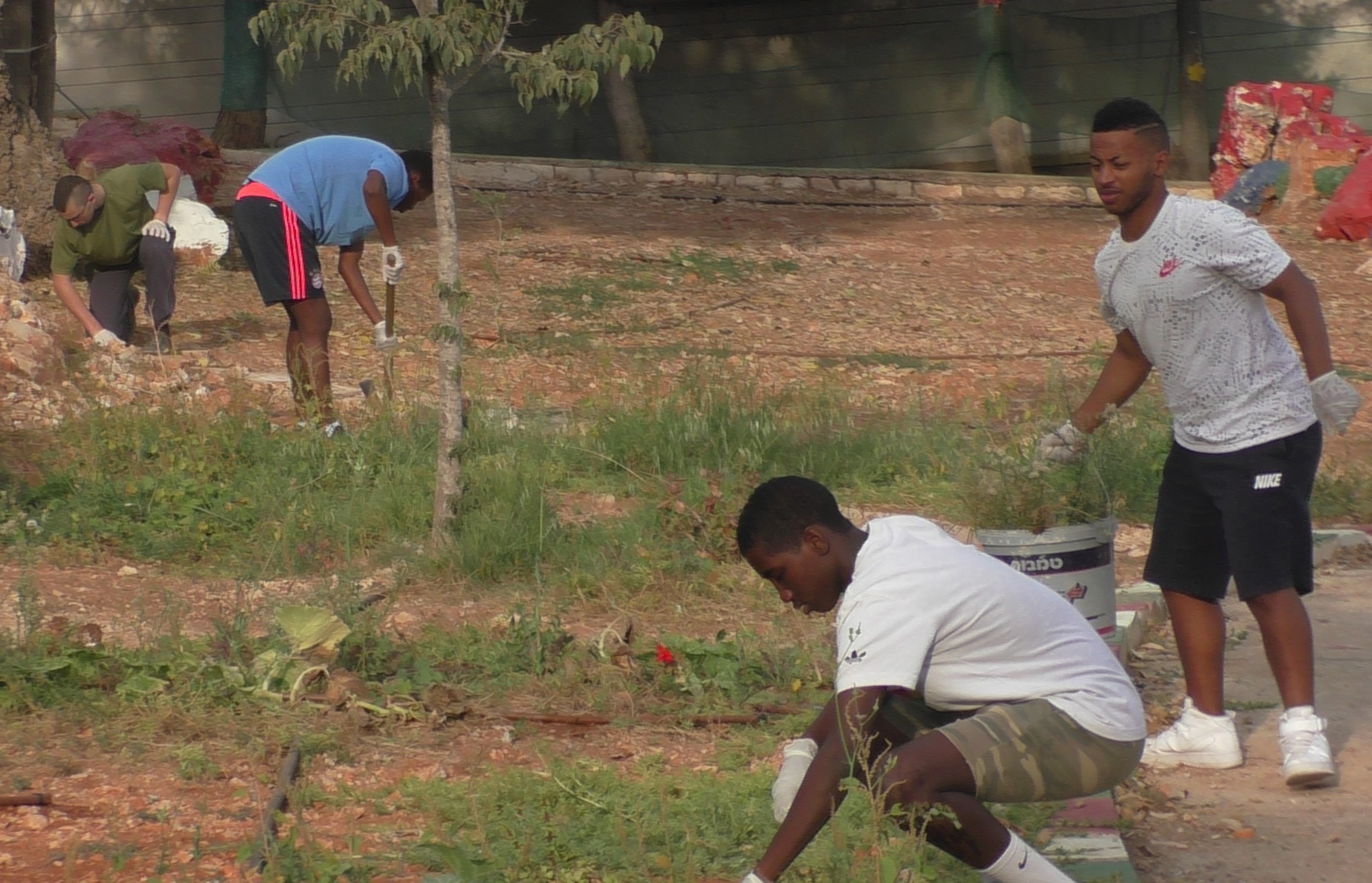 The seventy countries that assembled in Paris to force a two State solution on Israel and to dismantle the Jewish villages in Samaria and Judea, hasn’t succeeded. Psalm 83 speaks about Israel’s enemies who say: “Come, and let us cut them off from being a nation, that the name of Israel will be remembered no more.” – hasn’t succeeded and won’t succeed.”

The change in the White House and the inauguration of Donald Trump.

Everyone in Israel anxiously awaits the announcement that the American Embassy will be moved to Jerusalem.

While the nations do their utmost to divide Israel and Jerusalem, we continue to build Jerusalem. In our December newsletter we wrote about the new project: our new coffeehouse, Café L’Ami. The five young students, four Ethiopians and one Israeli, who have been mentored and taught since November, are busy cleaning the site of the future coffeehouse. A new door has been put in. We call it the “Door of Hope”. They are busy cleaning up the mess and getting rid of all the tree roots in the garden – a giant task because the ground needs to be level so that tiles or artificial turf can be put down. Tables and chairs have to be put in the garden and a wobbly table is highly irritating.

The new project is running fantastically. For almost two months, the five boys are learning to clean gardens and parks. A program was developed for them since they don’t receive any help from their families and their lives have not been on track. At the end of three months everything will be considered again along with the results of their schoolwork. Yad L’Ami gives them very small wages and stimulates them to choose a fulfilling life. One of the boys, who ran away, returned and said he really wants help to get his life headed in the right direction.

Slowly they are getting a feel for business. A week ago they received their first request to organize a garden for a lady in the neighborhood. In the workshops they learn how to make out bills and do everything associated with a business. Later on, a second request came through the municipality, requesting the boys to renovate a city garden!

Actually it is very special that they have stayed with the program for two months. They have a wonderful teacher, one who guides them and gives them direction. They are being prepared to be self-supporting. Sometimes there are obstacles, and the teacher sits with them to check the arrangements they have made, so they will know how to handle their work and business.

We visit regularly – sometimes with pizza and other times with cola and Snickers bars as we catch up. The idea is, of course, that they won’t need us later on and are able to support themselves.